The world over, emissions regulations are becoming stringent with time and manufacturers are constantly being challenged to create engines that satisfy the end users while at the same time are environmental friendly. As a result, many manufacturers have been exploring turbocharged engine options because of the benefits they have. Some of these are discussed below

Efficient Fuel Consumption Turbo engines use lesser fuel when compared to non-turbocharged producing the same amount of power. The reason behind this is that turbo engines are smaller in size. For instance, turbo engines producing about 200 horsepower may utilise only 4 cylinders instead of 6 used by aspirated engines. This means their fuel economy is an inch higher than the rest and thus savings in operations.

Reduced Noise Pollution Due to their smaller engine size, turbocharged engines are less noisy relative to their naturally aspirated counterparts. The turbocharger functions as a silencer thereby muffling any noise your car generates giving you a quiet ride. Excellent High-Altitude Performance Generally, the combustion activity inside your engine is what generates power. When operating at high altitudes, the air pressure is usually lower and this makes regular engines to produce lesser power. On the contrary, a turbocharged engine performance improves with an increase in altitude. This phenomenal can be explained by the pressure difference that exists between the lower pressure at the exhaust and the air pressure ahead of the turbo. Through the turbocharger, the density of the air entering the engine is enhanced to generate more power.

Lesser Size and Weight Turbocharged engine cars are usually lighter in weight and much more efficient. They use fewer cylinders, but produce the same amount of power that a bigger and heavier regular engine produces. This is the reason behind the preference of turbo engine cars in the racing industry.

Reduced Emissions There is a demand from customers and authorities alike that car manufacturers enhance the average miles per gallon while reducing the emissions their cars produce. Turbocharged engines have contributed significantly towards achieving these twin goals by burning less fuel thereby generating lesser carbon dioxide than the regular engines. To protect your turbo engine against failure, you should avoid switching it off immediately following a hard run because such a hot shutdown will leave the turbo spinning through the force of inertia. This means it won't cool down properly and the oil which usually lubricates the cartridge at the centre will heat up and solidify into deposits which ultimately block critical passages. 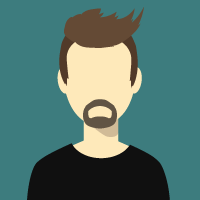 I love going 4-wheel driving with my family. My son is just learning how to drive and he is quite rough on the brakes and gears when we are offroading, so we have to regularly look for new auto parts for the car. It can be quite expensive to find 4-wheel drive parts so it's important to find a creative solution to finding affordable auto parts. This blog has some tips that we have found useful over the past few years for saving money when looking for auto parts. It should be useful to anyone who loves 4-wheel driving on a limited budget.